What Ireland is All About
My husband and I were travelling for pleasure and were not on main roads. We were delighted to come across this beautiful place. The interior photos here do not do it justice. It was simply the cleanest establishment, particularly toilets, I have ever been in anywhere in the world. The staff although young were very friendly and helpful. The food was delicious. Overall a lovely pleasant surprise on a relaxing day out.

Trip AdvisorJuly 2019
Always first class. As with clubhouse bar the riverbank never let's you down. Food and staff are always first class. Have had several large family gatherings here and it has always been superb.

Trip AdvisorMay 2019
Outstanding👏. I cannot recommend this restaurant enough the quality of food is unbelievable even the kids meals are great choices & quality at reasonable prices There is bar food & restaurant upstairs both of equal standards.... I would highly recommend this place for couples family or just a sat night out as music in the bar most weekends

Trip AdvisorMay 2019
Always our Number 1 choice for Sunday lunch. Check out this hidden gem in Dromahair for fine dining at its best. You will not be disappointed !!!! Fantastic value for money. Great selection to choose from on the menu, Generous portions & plenty of fresh seasonal vegetables, mashed potatoes are always perfection Service & Food is always 5 Star, Staff are always so friendly and attentive. Defiantly a family favourite with us, we look forward to every visit. The whole dining experience from start to finish is always Superb & the restaurant is a credit to John & Ruth & staff.

Maybe not all that useful?

Subheading here - ok, this one doesn't seem particularly useful to us!

* This doesn’t look like much but just allows us to easily have the hours aligned to right of a section and days to the left. 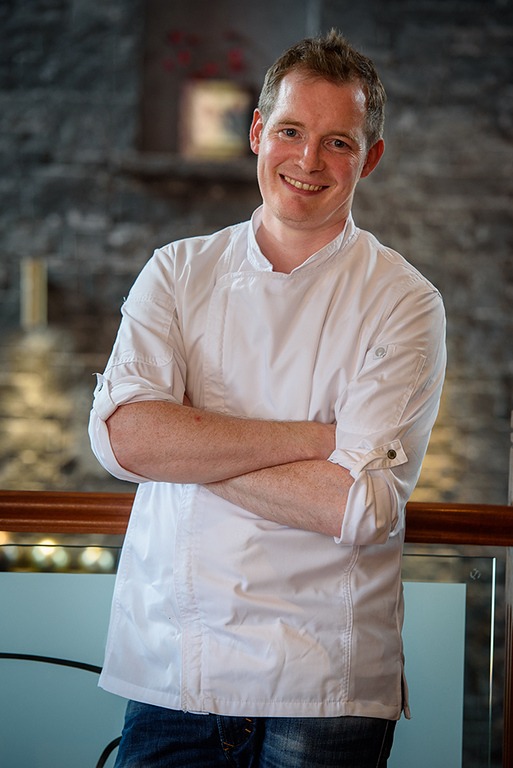 O’Rourke’s Table is a mountain located on the outskirts of Dromahair. Walkers who make the effort to climb up O’Rourke’s Table, helped by several hundred steps cut into the side on the ridge are rewarded by amazing views of Lough Gill, Parkes Castle and Sligo Bay. For those eagle-eyed visitors keep an eye out for ‘the sleeping warrior’ a rock formation that looks like a mythical figure from folklore, snoozing on the ridges of Keelogyboy, Leean and Benbo. But be careful in case you just might wake him!

There are a couple of legends surrounding O’Rourke’s Table; one involves the local chieftain who used to live nearby. It is said that Tiernan O’Rourke used to climb the verge when returning home from hunting expeditions to check if his wife had left a candle in the window for him, as a symbol of her love. However, one day there was no candle in the castle window. Devorgilla (wife of Tiernan O’Rourke) had eloped with Dermot McMurrough (the King of Leinster) in 1153 an act, which brought about a feud and McMurrough’s eventual exile from Ireland.

Directions: From Dromahair on R286, Just Before Parke’s Castle, you take the slip road to your right. Site will be signposted from this point.

Villier’s Castle, now a ruin, is a fortified manor house, built during the first plantation of North Leitrim, on the site of the former O’Rourke stronghold.

The current arched gateway leads immediately to a small courtyard encompassed on 3 sides by the building with its 7 double chimneys.

Until recently, before the group of townhouses opposites was built, another equally high wall protected a courtyard of out-buildings , thereby creating a ‘gateway’ to the village. Archaeological excavations in the vicinity for the housing development uncovered an old drain, but with little finds of ‘significance’ which seems very surprising.

The O’Rourke chieftain, Brian was in the 1620’s imprisoned in London when George Villiers, a favourite of the catholic King James 1st, was granted 8000 acres in Leitrim. However, soon afterwards, Villiers was assassinated in Portsmouth and the estate passed to his brother William who built the castle .

The Abbey Loop 5km walk at Dromahair takes you on a journey through a rural and built landscape shaped by history , from the Medieval period of monks and chieftains, Elizabethan plantation , the 19th century planned village, the industrial age of railways and not least through the diverse natural heritage of rivers, streams and hills farmed by countless generations.

Brochure Guide (link to : https://dromahairheritage.files.wordpress.com/2017/02/bigen.pdf) Download this brochure-guide which has the history of some of the landmarks is outlined. In the centrepiece are symbols of local history St Francis sculpture, Diarmuid Mc Murrough, Salamander from the Spanish Armada and the Railway – against a background of the Book of Armagh leather satchel which contained Irelands earliest written records, featuring Droma Lios.

The Route:  In the centrepiece here the circular route can be seen, passing clockwise southwards through the village with its 19th century planned layout, past shops, substantial and smaller private houses, many with front gardens which is unusual for an Irish village. The route passes by historic sites such as Villiers Castle, behind which are the ruins by the river of O Rourkes Hall. Crossing over the Bonet River by Dervorgilla Bridge, continuing south towards the Railway Station and back to us at The Riverbank Restaurant.

Here, turning right at the old level crossing, An Bealach Glas (the Greenway) leads along the path of the railway track through the ecologically diverse vegetation on to the next gate house. Then, heading northwards through picturesque farmland, a majestic view of the Sleeping Giant mountain feature comes into view. On by the roadside and a left turn brings you to the magnificent ruins of Creevelea Abbey. From here the circle is completed by passing the waterfalls and crossing over a footbridge alongside the historic Abbey Hotel.

Electric Bike Trails is a family run business from their base in Leitrim Village. Having lived and worked in the area all their lives, owners Seamus and Eileen have lived the culture and heritage of this rural area. Bringing together their knowledge and experience they have developed this Electric Bike Trails business to share with the tourist the best that this area has to offer.

Exploring on electric bikes is an ideal way to enjoy the unique qualities of our county. It is very important to us to do this in an environmentally friendly manner and leave no trace principles are practiced.